WWE superstar Paige posted a cryptic message on Twitter which fueled speculation amongst fans about her in-ring return.

In her tweet, she wrote: ‘January’, hinting at a possible return to the Royal Rumble pay-per-view, traditionally held in the month of January. However, there is speculation that the next Royal Rumble could be bumped to February. There is also a new pay-per-view, “Day 1” which is scheduled to be held on January 1, 2022 that could see her return.

She revealed on her Twitch stream last month that she wasn’t ready to close the book on her WWE career yet and stated that she was inspired by people coming back to wrestling (Edge, Christian and Daniel Bryan). She said she was mentally ready to go and willing to go down the long road to make her comeback.

She added that while she was previously not emotionally ready to return a few months ago, she is now ready to take it one step at a time, to build on her return, even if it takes a year.

Paige is still under contract with WWE

Paige became a massive name in WWE shortly after her debut. She was the first-ever NXT women’s champion. She also won the now-retired Divas championship twice in her career.

She was injured following a kick from Sasha Banks during a six-woman tag team match at a house show in December 2017. However, she heaped praise on Banks, stating that she would love to face her upon her return.

Paige also addressed rumors of her leaving WWE and revealed that her contract with the company will last until June 2022. She added that if she’s given a new contract, she’d love to have Twitch as part of it.

She is one of the most beloved superstars in WWE and it is an exciting prospect to see her return to the squared circle. Fans cannot help but speculate about a possible return and the dream matches that she could have once she is back.

@LordBrackon @RealPaigeWWE Royal Rumble…imagine the MASSIVE cheers when that theme hits again, when we hear that scream again, when we all shout “THIS IS MY HOUSE!” together with her again..
9:15 AM · Sep 15, 2021
33
2 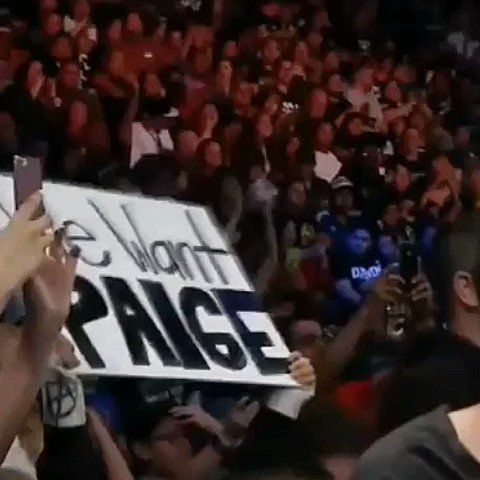 How excited are you to see Paige return to the ring? Who do you think she should face, if and when she makes her return? Let us know your thoughts in the comment section below.