“I wasn’t cleared to leave the hospital, but I left” – Superstar opens up on his WWE retirement match against The Rock

Stone Cold Steve Austin wrestled his final match in the co-main event of WWE WrestleMania 19 against The Rock.

The Texas Rattlesnake spoke to EW ahead of the A&E/WWE documentary “Biography: ‘Stone Cold’ Steve Austin,” which will premiere on April 18th. Steve Austin watched a clip from the documentary focusing on his last match, and the WWE Hall of Famer recalled what happened on the day of the event.

Austin revealed that he wasn’t at his physical best on March 30th, 2003, as he suffered from discomfort in his feet and twitchiness with his reflexes.

The WWE legend’s heart ‘started beating out of his chest’ and alarmingly even reached 160-180 beats per minute. Austin received some much-needed help from WWE executive Liz Difabio after he stepped out of the elevator.

The multi-time WWE champion was immediately rushed to the hospital in a low-key manner, and medical officials ran several tests on him before the show.

“That was an interesting day at the office. I was at the gym with Kevin Nash, and my reflexes were very touchy that day. We were on recumbent bicycles, and my feet kept twitching. I didn’t think anything of it. I left Nash and went to my room on the 27th floor of the Grand Hyatt Hotel, and right before the elevator opened, my heart started beating out of my chest.”

Steve Austin cited excessive alcohol and caffeine intake, coupled with a lack of proper rest, as the reasons behind his deteriorating health during the hours leading up to WWE WrestleMania 19.

“The bottom line was I was drinking too much alcohol and caffeine, and I wasn’t getting enough rest. I wasn’t cleared to leave the hospital, but I left because I was going to wrestle The Rock.” 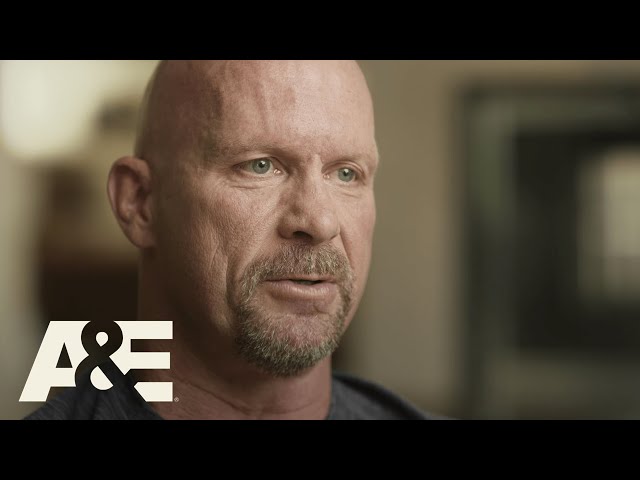 Austin had wrestled for 13 years and encountered several injuries by the time WWE WrestleMania 19 came about in 2003.

The respected veteran had knee injuries from his college days, and professional wrestling wasn’t kind to his body either, as his neck sustained a lot of damage throughout his in-ring career.

Austin noted that none of the members of the WWE locker room were aware of his decision to retire from active in-ring competition after his WrestleMania 19 match.

Stone Cold got emotional while talking about his swan song and admitted the decision to abruptly call time on his career at the age of 38 was a tough pill for him to swallow.

“Almost nobody on the roster that day knew that was going to be my last match. My nerves were acting up from my previous spinal injury that I knew it was going to be my last one. As you can see, I still get emotional as I’m even talking about the story and going back there. I damn near started crying [in the documentary]. My love for the business is so much; it’s the only thing I really wanted to do in my life for a living. Deciding to retire from that dream at 38 was extremely hard.”

Luckily for Steve Austin, his final match came against his greatest ever rival, and The Rock rightfully gave Austin the ring to have his farewell after the match.

“Normally, when somebody wins a match, they stay in the ring. Rock won, but because I was leaving, he let me have the ring so I could do my final farewell. He gave me that moment, and it was really cool.”

Rumors of a possible Austin in-ring return have been circulating long before the internet was a thing, but at the age of 56, Steve Austin is happy to be a retired legend with no intention of ever lacing his wrestling boots again.